Review: The Bronze and the Brimstone: Book II of the Verona Trilogy by Lory S. Kaufman 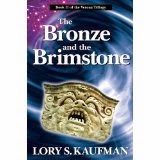 ary:This is book #2 of the Verona Trilogy where Hansum, Shamira and Lincoln, three teens from the 24th-century, are trapped in 14th-century Verona, Italy. They've survived many deadly experiences by keeping their wits about them and by introducing futuristic technology into the past. Principal among these inventions is the telescope, which brought them to the attention of the rich and powerful.But standing out can get you into unexpected – situations. The nobles of Verona now believe Hansum is a savant, a genius inventor, especially after he brings them plans for advanced cannons and black powder. Being the center of attention is great, but the potential for trouble is now exponentially greater because people are watching Hansum’s every move.Meanwhile, artistic genius Shamira has fallen for a Florentine artist with bloody and disastrous consequences. Lincoln, considered an incompetent back home in the 24th-century, has blossomed – at least until he’s shot in the head with an arrow. And Hansum, after secretly marrying his new master’s beautiful daughter, Guilietta, is offered the hand in marriage of lady Beatrice, daughter of the ruler of Verona. To refuse could mean calamity for all the teens.

My review:
I found myself a bit bogged down in this second book. I think the focus on Hansum was too much as it took up most of the book. I thought it was unfortunate as the other two main characters are just as interesting. Also, since the theme throughout the first book was to work together, this theme was lost in the second.

The ongoing romance between Hansum and Guiletta was rather goofy to me considering that this is supposed to be a young teenager. Hormones out of whack indeed! I seriously could not see this young man staying devoted to her with all the money, power, and another beauty being thrown his way. That kind of pressure would break even the strongest of the modern teens today of which he really is.

The second book was once again divided into three "books" within the book with chapters in each. This just drove me nuts and again, I found this to be quite confusing. I am not sure why the author has chosen to write like this and I find it to be quite distracting.

The author did write a good tale considering all that I have said before. I am not sure young adult girls would be all that thrilled with the military coups and glory of war, I know I wasn't. However, young adult boys would probably get into it...maybe.

The author was also able to make me feel like I was right there with Hansum. I was able to relate to his feelings, his wants, his needs, his loss, his loneliness, and his utter disappointments. For that I give the author kudos.

I was disappointed in the ending for this book and felt it may have been better suited in the third book. It seemed abrupt and misplaced. Since I have not read the third book yet, I will give the author the benefit of the doubt.

Again, I can only give 3 stars and hope that the next book is a winner!
~Naila Moon

Disclosure: I was given this book for my open and honest opinion. The views expressed here are 100 % my own and may differ from yours.

Email ThisBlogThis!Share to TwitterShare to FacebookShare to Pinterest
Labels: Lory S. Kaufman, The Bronze and the Brimstone 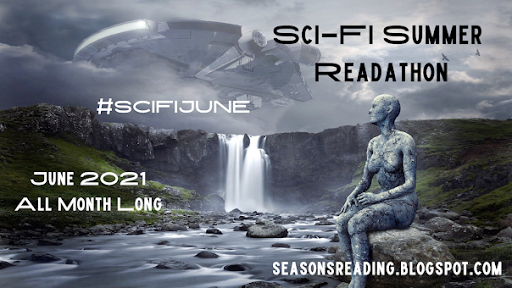