Ebony, Eris, and Emani Robertson have been through so much more than most high school freshman. When they were younger, they survived a school shooting that killed their friends and left their oldest sister unable to speak. After giving home-schooling a try, they enroll in a promising new academy, hoping for the best. The Robertsons soon discover, however, that their new classmates are anything but kind. A mysterious group of bullies known as the Dimes rules the hallways and spreads fear everywhere they go. All three sisters end up being targets of the gang and have to find a way to defend themselves. The triplets couldn't be more different, but their loyalty to each other and to their school never fails. Along with a diverse group of friends, the Robertsons do everything they can to uncover their identity of the Dimes and restore order to the school. As if their lives weren't complicated enough, they also get sucked in to a much bigger game-discovering who was responsible for the attack on their old school. Can they bring down the Dimes and bring the murderer to justice, all while trying to make it through ninth grade?

Since I was someone who got bullied in Elementary school, this book resonated with me. The tale told here is a high school drama about three sisters who are the main characters but others in the school who are also being bullied. As you read, you find out just who is being not only bullied but threatened even with their life. The reader will find it somewhat surprising.

I did not know that this book was part of a trilogy when I first began reading it. In fact, it is the  second book but, there is enough pre-information written that it becomes a stand alone book. There is a prologue in the beginning which intrigued this reader and did help set up the book. That was a cool beginning.

The main part of the book set up the mysteries Dimes and the murderer mentioned in the "about" section. It was a back and forth which kept the book interesting enough to keep going. Some of the scenario were far fetched but the characters that belonged to them were also interesting.

There was also an "afterwards" in the back. I did not think it was necessary per se, but it did help to know what happened to all of the characters and gave a taste of what book three will be like.

Just a note: I liked the cover on this book. However, it did not give any indication of what was inside the book, other than the title itself. If the author in the future changes the book cover, I think I would like to see all three of the triplets on the cover and maybe even some minor characters in the background. Also, found a couple of typos but that was not that big of deal for me.

Disclosure: I was given a copy of this book (and a blue feather-awesome) from the author. The views expressed here are 100% my own and may differ from yours. ~Michelle 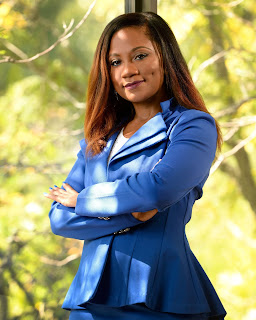 BLUE: Bold, Loving, Unapologetic, and Evolving are words to describe Fenyx Blue. Ms. Blue is an author, Youtuber (FENYX BLUE INK), speaker, ministry leader, mentor, instructional coach and her school district’s former “Those Who Excel” Teacher of the Year. Ms. Blue is a soldier in the Blue Fenyx movement encouraging every phoenix in the world to rise up. Blue’s mission is to inspire, motivate and educate. Blue speaks to audiences about their purpose and power and works to coach other authors through their journey to become published. Her novels are tools for teachers while being candy for students. Fenyx Blue has penned four books in her poetic collection in which she shares true life tales and lessons: Her first Young Adult novel entitled Who Failed Johnny? (Book 1 of The Triplet Trilogy), second YA novel Battle of the Bullies, a Children’s book called Worth the Weight: A Rare Gem, and a Poetry Book by the name of The Blue Ink Movement. With the help of her extended family and friends network, her self-published books will touch many lives this year.

It's Me is dedicated to every person who has ever felt less about who they are or want to be because of someone else’s opinion, feelings, or prejudice. Let's ditch the prejudiced labeling, and embrace our Human Race for the diversity, inclusivity, equity, and individuality we all deserve.

As someone who is "different" in the "normal" society, I am able to resonate with this book quite well.

The book attempts to remove labels projected on different people throughout the book, unfortunately to do that, the labels have to be seen in order to remove them.

Each page is about a real person who is still struggling to find their place in society. Most all of the colorful photos have names changed to protect them but still their feelings are heard through each individual's own words. In any case, the reader clearly is able to see the adults and children and the labeling that has been thrust upon them. Each persons words are then ended by the words, "It's Me" thus the title of the book.

I do want to mention that there are several topics addressed in this book that often we as society will quarrel about. I think that the book opens opportunity for conversations that are not only on point in today's world, but an opportunity to show kindness.

I liked what the author was trying to do and I do think it works to an extent. At least the point of the book is that even with struggles, each person depicted might just be like you and to give them a chance.

This book is not aimed at children younger than eight and it is understandable why. However, with the resources included in the back, which are several, including a glossary, parents can still talk to the younger set and begin to instill those conversations that I mentioned above.

Terrific book that I think should be included in all homeschool and classroom settings.

Disclosure: I was given a copy of this book from the author. The review presented here is 100% my own opinions that may differ from yours. ~Michelle 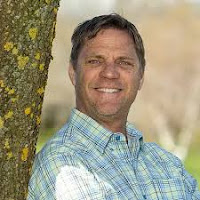 Jeff loves children's literature , “One Drop of Kindness” is Jeff's first published children's book. It's Me reads like a fun graphic novel, but it is entirely non fiction. Every character in the book is a real student, or educator. It is so important for us to give access, equity, inclusion, and compassion to all those we meet. "Seeing" each other and embracing our differences are jewels to life! Jeff taught for ten years as an elementary school teacher in grades 4, 5, and 6 and has seven years of administrative experience. He's always looked at education from a different lens: from someone who hated and struggled with school. Jeff vows to always do his best to help increase opportunities for all students to feel heard, noticed, celebrated, challenged and safe. Jeff works hard to push back against the old model of “Industrialized Education” and fight compliance. There is not a day that goes by that he is not looking ahead to improve teacher pedagogy, student engagement and digital access for all. Being a former world class swimmer and coach and looks at education from perspectives that others don’t. Jeff knows what it takes to fail, struggle, win and go through the daily challenges that we all face. 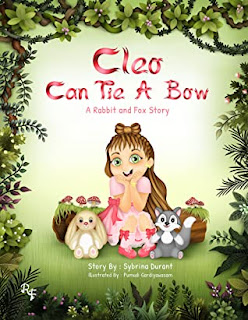 Cleo loves bows. She wears her hair in a bow and decorates her room with bows. Cleo is bow crazy.Learning to tie a bow is very difficult for some people but Cleo remembers how to do it from a cute story she once heard. It is about a little rabbit with very long ears and a very helpful fox who shows her what to do to keep them clean. This is the story of how Cleo learns to tie a “bunny ear” bow.

This is one of those books that I have gone back and forth on. I do like this book and how it is very interactive. In a nut shell, it teaches children how to tie a bow. The premise is essentially for children to learn to tie their shoes. That in itself is a good thing and a skill all children need.

I did however, have a couple of problems with the book. The first was a very scary looking fox that looks like he will eat the bunny, but turns out to be friendly to all animals. That right there is confusing enough. Then the fox teaches a bunny how to tie her ears up.   The author in the back of the book tells this is not a good idea in real life and may hurt a real bunny. Children often imitate what they see and in spite of a warning, they could very well try to do on any animal with long ears. It might have been better not to include this or at least a different way.

My second problem was this book is extremely "girly".  Stereotypes are running rapid throughout the whole book. Everything with pink colors, dresses, long hair, bows, butterflies and adorable stuffed animals is completely throughout this book.   I cannot see a male child or even a child that does not look like her relating at all.

The pluses to this book though are the premise that I spoke above about. On the back cover, it states that children can work on their dexterity which is also correct with this new learned skill. I also liked that the book shows how ones imagination can turn into something extremely positive. For example, the fox and bunny are stuffed animals that Cleo has in her room.

I also like the large illustrations with few words, which makes this a picture book aimed at younger children. I think a child older than 6 would need more but yet, if they are learning to tie their shoes, it is a good resources and easily understood.

This book is a solid 3 stars for me.

Disclosure: I received a copy of this book from the author. The views expressed here are 100% my own and may differ from yours. ~Michelle