I recently blogged about the book, The Universe-ity by Michael Samuels. You can read that HERE.

Michael Samuels is generously giving away this book to one of my readers. If you want to know how to attract those things you want in your life, then by all means, please enter below today.

Disclosure: The winner will be notified via e-mail and has 48 hours to respond with a valid e-mail address to receive prize or will forfeit the prize and an alternate winner will be drawn. Giveaway is open world wide and ends July 14, 2013 Naila Moon of Once Upon A Time and Just The Stuff Ya Know is not responsible for book distribution.Author Michael Samuels is solely responsible for book distribution. 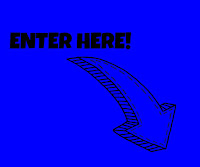 Review of The Universe-ity 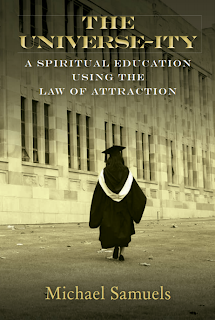 Did you ever sit in a classroom and wonder what you were doing there? I have had that feeling on such occasions.

I often sat in algebra classes and wondered how knowing x+z-xc=7 was going to get me to a point where I would be able to teach kindergarten or have a family. I am pretty sure knowing that the state of Colorado has a vast dinosaur deposit was not going to get me that car I wanted either.

Was I really learning the things I needed to know so that I could attract those things into my life?

I heard about the laws of attraction several years ago and dabbled a bit. However, I did not know that much to thoroughly manifest the people. places and things I wanted in my life.

Enters the book by Michael Samuels, The Universe-ity.

In his follow up book from Just Ask The Universe, Michael Samuels takes you through a step by step of what to do and what not to do in the asking of things. He shows the reader through several examples that you do not necessarily need an education to get everything you want.

Ironically, the book is designed in such a way that you start in "Homeroom" and end up with "Senior" year. There is homework and even a certificate of "diploma" in the back. It is tongue in cheek but proves the point that one must be careful and take gradual steps and asking for things correctly in the big thing we call the universe. This is one education everyone from young to old can use!

Disclosure:I received a copy of this book for my open and honest review. The views expressed here are 100% my own.

Where you can find Michael Samuels:
Facebook
Amazon
at June 28, 2013 No comments:

Welcome to the $200 Toys R Us Gift Card Giveaway!

Hosted by Giveaway Promote.
Sponsored by author Carole P. Roman.
Carole P. Roman takes you on a another journey, this time to Asia, landing in South Korea.
Once again, children can learn how life is like for young people on the other side of the globe. From food to famous landmarks, they will learn that's it's easy to find something in common with people in different countries. 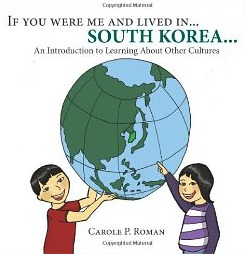 This is the third book in the series, and we'd like to celebrate with a giveaway! One winner will receive a $200 Toys R Us Gift Card and a set of Carole P. Roman's cultural books.
The series includes:

Complete the tasks below to earn entries into this giveaway.
Refer your friends using your unique link at the top of the Rafflecopter for even more chances to win.
One winner will be chosen at random from all valid entries.
Open in the United States.
Ends at 11:59pm EST on July 9th, 2013.
a Rafflecopter giveaway

Email ThisBlogThis!Share to TwitterShare to FacebookShare to Pinterest
Labels: Carole P. Roman, children's books, giveaway, If You Were Me and Lived in...series, South Korea

Review of Stillwell and Giveaway 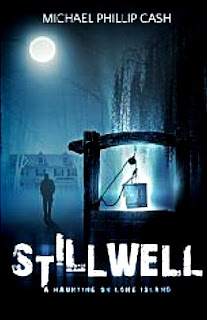 There is nothing quite like a good ghost story to stir the hairs on the back of your neck. Michael Phillip Cash accomplishes that very thing in his new book, Stillwell.

I had the opportunity to read this book the other night, when the super moon was shining down upon us, which made it even spookier. *cue evil laughter*

Michael Cash writes his newest thriller in such a way that the reader is taken through a weeks worth of life in seven chapters and a prolouge. I found the style to be compact and intriguing.

The book opens with the main character of Paul whose wife has just died of cancer. He is a real estate agent who put his life and the lives of his children on hold just to take care of her. He is preparing for his three children, a set of twins and a single, to arrive back in their home, this now being a week after the funeral of his beloved.

The story moves in to the family trying to come to terms with the death and have a new way of life, when one of the twins begins having horrid dreams of a monstrous being.  Paul too has the same kind of dreams in which he sees his wife being held captive.
The youngest also is 'seeing' her mother but cannot convince her father who does not believe in such things as ghost.

Getting back to some sort of normalcy Paul returns to his former business and is contracted by his friend to sell the Stillwell Manor Estate. A home where he had befriended one of the sons of the family that owned the house.

The only caveat is that the house is purported to be haunted and his friend's in-laws had just committed a murder-suicide in the home.

Paul becomes obsessed with the home when his dreams about his wife become entangled together with this homes history. Many intriguing and revealing secrets come to light as an all too familiarity to the ghost of the past from the Stillwell Manor, to the ghost of his present life begin to mesh.

This thriller book offering from Michael Cash is brilliant. I loved every single minute of it and could not put it down, in truth, I could read it again and again! Do I hear movie in the near future?

If you like a good ghost story, intrigued by old houses or better yet, haunted houses, then this is the book for you.

Guess what? Michael Phillip Cash is generously giving away one of his books to my readers.
That's right, you can win a copy here! The winner received his/her choice of a physical copy of the book or an Kindle edition if preferred. Best yet, this giveaway is open world wide. Don't wait!
Enter in the Rafflecopter below.

Disclosure: I received a copy of this book for my open and honest opinion. The opinions expressed here are 100% my own.

The giveaway is open world wide. Naila Moon of Once Upon A Time and Just The Stuff Ya Know is not responsible for distribution of prize. Winner will have 48 hours to respond to an e-mail sent or will forfeit the prize and another winner drawn.
a Rafflecopter giveaway
at June 25, 2013 6 comments: 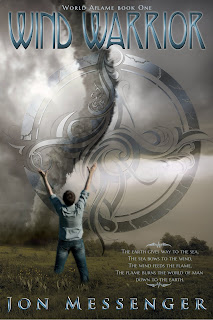 THE EARTH GIVES WAY TO THE SEA,
THE SEA BOWS BEFORE THE WIND,
THE WIND FEEDS THE FLAME,
THE FLAME BURNS THE WORLD OF MAN DOWN TO THE EARTH.

The sleepy town of White Halls harbors a dangerous secret. On a picturesque street, two houses down from a lovely little park, in a quaint little home with a wraparound porch, lives a family that seems rather normal. Sure, their twenty-year-old son, Xander, still lives at home, but he's going to college and dating the leader of the schools top sorority. It's all very... normal.  However, when a man is miraculously saved from being hit by a bus, Xander's life turns in to the living embodiment of the tornadoes he can suddenly create with a flick of his wrist. Whether he wants this gift or not, Xander must learn to use his new 'super power' quickly if he wants to survive.  For his kind is a dying race, and when this sleepy town has a sudden influx of new, blonde, fire wielders, no one is safe, especially Xander. It doesn't help that one of these blondes happens to be the most beautiful girl he has ever seen. Xander can't deny the instant connection he feels to her so, when she tries to kill him, it certainly makes things complicated.

Jon Messenger (Born 1979 in London, England) serves as an United States Army Major in the Medical Service Corps. Since graduating from the University of Southern California in 2002, writing Science Fiction has remained his passion, a passion that has continued through two deployments to Iraq, a humanitarian relief mission to Haiti, and an upcoming deployment to Afghanistan. Jon wrote the "Brink of Distinction" trilogy, of which "Burden of Sisyphus" is the first book, while serving a 16-month deployment in Baghdad, Iraq. 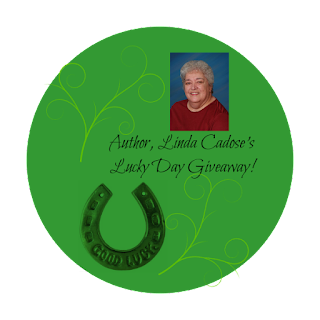 Do you like having cash to buy more stuff? I know I do. In fact, I could use some right now.
Well, this is your lucky day!

Author Linda Cadose is giving away not one, not two, but three great prizes to three separate winners!
How awesome is that.

There is no time like the present to get in on this lucky day prize giveaway. I wish you luck so, enter today!

Disclosure: This giveaway is sponsored by Author, Linda Cadose and is solely responsible for prize distribution. Naila Moon of Once Upon A Time and Just The Stuff Ya Know is not responsible for prizes.
Three winners will be drawn via Rafflecopter.org.
Each winner has 48 hours to respond to an e-mail sent to them or forfeit their prize.
The giveaway is open World Wide and will end July 7, 2013.

New Book out by Michael Cash

I cannot wait to read! 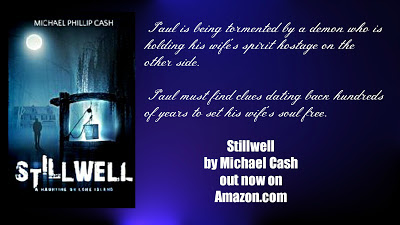 New Announcement for all authors from Away We Go Media 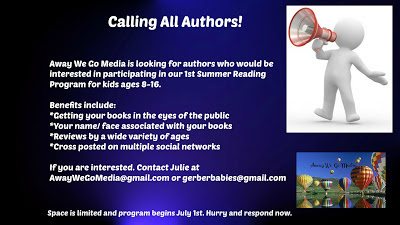 Email ThisBlogThis!Share to TwitterShare to FacebookShare to Pinterest
Labels: announcements, authors, Away We Go Media

Review of "Stuck In The Doldrums" by Carole P. Roman 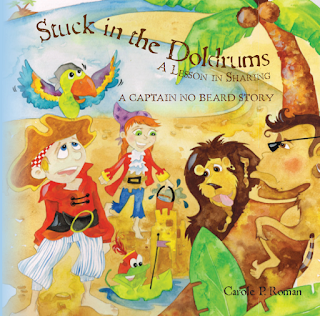 Have you ever been around someone who is just so bossy that you wished you were somewhere else but with them? Yeah, me too!

Author Carole P. Roman, in another book of her Captain No Beard series of books, shares this problem in her new book, Stuck in the Doldrums.

Captain No Beard finds himself and his crew stuck on a deserted island where there is no wind to set sail. The crew finds other things to do like build a sand castle or look at the clouds.

As Captain No Beard finds himself to be quite bored, he begins to order his crew that is having fun around. This causes the crew to mutiny and the Captain to storm off to his ship and run it without them.

In an act that sometimes happens to a ships Captain, a problem erupts on the ship and Captain No Beard realizes that he needs his crew and cannot do everything by himself.

Does the ship go down at sea? Does the crew rescue Captain No Beard? Does he continue to be bossy to his crew?

To find out all of the answers to these questions read the book. It is worth it and a good lesson about working together and kindness. 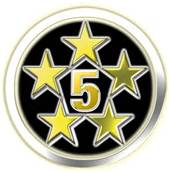 Where to find Carole P. Roman: 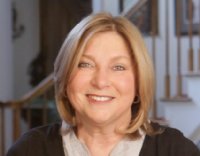 Disclosure: I received a copy of this book for my open and honest opinion. The words expressed here are 100% my own.