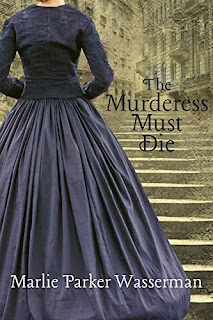 I want to begin by saying that I give this book the 5 stars it deserves. It was unbelievably well written. The character development was impeccable. The book is historical fiction but more historical than fiction. The author did an amazing job in using her primary resources to investigate the life, the murder, the trial, and subsequent end to the life of real-life person, Martha (Mattie) Place. From this point, I shall tell you that Mattie was the first women ever to die by electric chair. This is not a spoiler but a fact and the premise of the entire book. So, at this point dear readers, you may think that I loved the book. I did give it five stars after all.

The truth of the matter is...no, I hated it! I hated it so much I kept reading it. I read it because it was a great book but in the same manner I loathed it, the tragedy of it disgusted me. The book begins with Mattie's life. A life full of poverty and abuse. A life full of death all around her as siblings, family, and friends died. Animals dies to as she was the daughter of a farmer who slaughtered animals to survive.

It carries through abusive marriages, giving up a child, and being ostracized by her second husband who favored his daughter many times over her. It poured out how women were second class citizens in the 1800's only risen to a different station in life because of the husband they might marry. At this time, women were not allowed to vote but the ideals were on the horizon with Susan B. Anthony and Caddie Stanton leading the way. Theodore Roosevelt was the governor of New York. Mattie knew of these people.

Ultimately, her station in life would fail her. The author's resources revealed a court system run by men. A court system that Mattie had to navigate with several inept lawyers and newspapers that never agreed on anything. A system that that had only electrocuted men in a fairly brand new invention, the electric chair.

Mattie's story unfolds in first person accounts that waver back and forth throughout the book. (Again, this is the brilliance of the book.) Details are revealed that may have helped Mattie in her tragic story but again, may not have. Some of these accounts are fill-ins and possibilities of different outcomes but in any case, still leads to one conclusion. None-the-less, it makes readers ponder, maybe feel for her, and want to discuss her, just as the papers did to sensationalize her in the 1800's.

Did she do it? History says so, but the details of history has been known to fail before. Even though her fate has now been sealed, at least Mattie is finally getting a voice to tell her story, her way.

Yes, I hated everything that happened throughout this book but I urge you to read it, to know, and maybe learn something and decide for yourself.

Disclosure: I received a copy of this book from the author. The views here are 100% my own and may differ from yours. ~Michelle 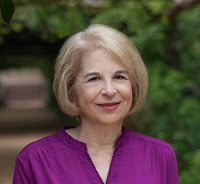 Catch Up With Marlie Wasserman: Marlie Parker Wasserman writes historical crime fiction, after a career on the other side of the desk in publishing. The Murderess Must Die is her debut novel. She reviews regularly for The Historical Novel Review and is at work on a new novel about a mysterious and deadly 1899 fire in a luxury hotel in Manhattan.

Giveaway can be found HERE

Absolutely fabulous review! I can not believe I passed this one up! It is definitely going on my "to read" list. Thanks so much!

Oh and thank you for commenting on my blog. To answer your question: I have written something, it is being edited at the moment.