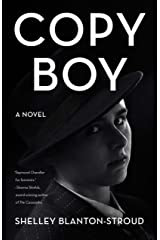 Summary:
Jane’s a very brave boy. And a very difficult girl. She’ll become a remarkable woman, an icon of her century, but that’s a long way off.
Not my fault, she thinks, dropping a bloody crowbar in the irrigation ditch after Daddy. She steals Momma’s Ford and escapes to Depression-era San Francisco, where she fakes her way into work as a newspaper copy boy.
Everything’s looking up. She’s climbing the ladder at the paper, winning validation, skill, and connections with the artists and thinkers of her day. But then Daddy reappears on the paper’s front page, his arm around a girl who’s just been beaten into a coma one block from Jane’s newspaper―hit in the head with a crowbar.
Jane’s got to find Daddy before he finds her, and before everyone else finds her out. She’s got to protect her invented identity. This is what she thinks she wants. It’s definitely what her dead brother wants.

My review:
The setting is the Depression-era and the main character, Jane, has grown up with the hardships that many people of the time had.  She grows up in a shanty town and has the problem of an abusive father and unloving mother.

Eventually, as the summary says, she gets away after she thinks she has killed her father.  A friend of the family helps her get straightened out and that is where the real story begins. It took a little bit to get to this point but once it did, there was no stopping.

Jane is a tough character and it is totally understood where she has come from. Wanting to be a journalist, she manages to hide her identity and wiggles her way into be a copy "boy" for a local newspaper.  Even though it seems unlikely to me that she would be able to manage such a feat without be discovered, I liked her tenacity. She does not take no for an answer! This is an admirable characteristic of hers and a nice change from the sappy women characters often seen in books.

It also helps her to stand up to the people who have abused and used her over time. She is certainly a gal to be reckoned with and again, I like her. With a few well-placed twists, we find out she is in it for the long haul. I won't say how long, because that is truly a spoiler.

Even when she is eventually outed, she still walks in and announces that she is going to stay put. Whoo hoo, I say! You go girl! *laughs*

If you are interested in journalism, photography, strong women, history, or Depression-era topics, then this is the book for you.

Disclosure: I was given a copy of this book from the author. The opinions expressed here are 100% my own and may differ from yours. ~Michelle 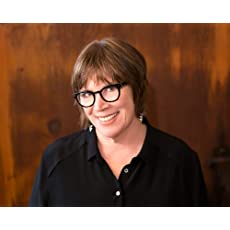 Shelley Blanton-Stroud grew up in California's Central Valley, the daughter of Dust Bowl immigrants who made good on their ambition to get out of the field. She teaches college writing in Northern California and consults with writers in the energy industry.

Thanks so much for reading--you're right: Jane is definitely tenacious. (I should be so tenacious:)