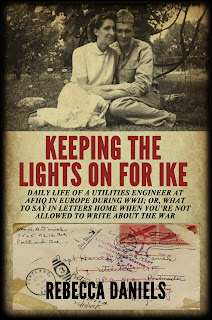 Most people don’t realize that during the war in Europe in the 1940s, it took an average of six support soldiers to make the work of four combat soldiers possible. Most of what’s available in the literature tends toward combat narratives, and yet the support soldiers had complex and unique experiences as well. This book is based on personal correspondence, and it is primarily a memoir that creates a picture of the day-to-day realities of an individual soldier told in his own words [as much as he could tell under the wartime rules of censorship, that is] as well as giving insight into what it was actually like to be an American soldier during WWII. It explores the experiences of a non-combat Army utilities engineer working in a combat zone during the war in Europe and takes the protagonist from basic training through various overseas assignments—in this case to England, North Africa, and Italy as a support soldier under Eisenhower and his successors at Allied Force Headquarters. It also includes some reflections about his life after returning to Oregon when the war was over.

My review:
This is the story of two people in love. It is romantic, sensual, and sometimes is red-faced embarrassing. This could be anyone's story...maybe...but it isn't. This is the story of two people who were kept apart for four years by World War II.
Mary and Alec are the prime characters in this true story that is told through their letter writing throughout the war. Gaps and historical references are filled in by their daughter but some is left untold due to the censorship at the time.
Their story is sweet as Alec's love for his beloved Mary is noted throughout the whole book. Alec tells of his faithfulness to her but also his severe loneliness. He tells of irritations of a war gone on too long and of people who were sometimes not so pleasant to work with. Photos are spread throughout the book of places he visited as well as the couple themselves, each continents away.
Alec, although a non-combat officer, (he was close to the battles)gives a clear picture of what life was like for those who had to support the combat troops and clean up after war ravaged the countries. His words reflected Mary's frustrations of American wives who were left at home to carry on and hope in wait for their military families.
The author did a fabulous job of depicting her parent's love which endured for years and giving accurate history. This book is a great read with a different perspective.
5 stars
Disclosure: I was given a copy of this book to review. The opinions expressed here are 100% my own and may differ from yours.  ~Michelle
About the author: 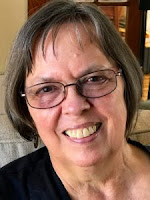 Rebecca Daniels has been a university professor for many years who has also simultaneously had a vital creative career in the theatre. Throughout her career, her work has always been a mix of performance, teaching, and her own writing.
Her groundbreaking book on women directors and the effects of gender on their work is currently still in print [Women Stage Directors Speak: Exploring the Effects of Gender on Their Work, McFarland, 1996], and she has been published in several theatre-related professional journals over the years as well. After her retirement in the summer of 2015, she was finally able to focus all her energies on this book.
Website:  https://rebecca-daniels.com/
Facebook: https://www.facebook.com/rebecca.daniels.9
Giveaway: Can be found HERE
This giveaway is for 1 print copy open to Canada and the U.S. only. There are also 2 pdf copies open worldwide. There will be 3 winners. This giveaway ends August 1, 2020,midnight pacific time. Entries are accepted via Rafflecopter only.

Email ThisBlogThis!Share to TwitterShare to FacebookShare to Pinterest
Labels: author, give, Keeping the Lights On For Ike, Rebecca Daniels, Review

I am so glad you enjoyed 'Keeping the Lights On For Ike'!

Thanks for the great review! Glad you enjoyed my book. Cheers, Rebecca

Yeah, I don't know much about WWII, but I really didn't know about the support people. Seems like a good book, I'm glad you enjoyed it! Thanks for stopping by! Happy reading!